Teen Reads - Violet Made of Thorns 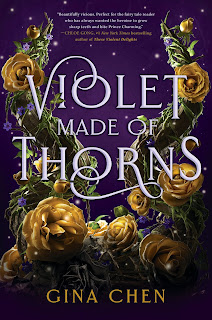 Violet Made of Thorns by Gina Chen

Violet Made of Thorns is a young adult novel written by Gina Chen. This novel takes place in a world where kings, queens, seers, beasts and witches exist. Violet is a seer with the power to dream about the future, talk to fates and see people's threads which show their past and future. The previous seer saw a downfall. The seer’s prophecy was whoever became the Prince's bride might save them from the destruction of a bloody war. It is up to the bride he picks to bring salvation or extinction. Prince Cyrus set out to look for a bride. One night, Violet dreams about how she should not have saved the Prince when she was a child. The fates tell her the Prince has to die before summer ends or else she will be burned alive. Violet is not sure what to do. Should she tell the king? The same king that tells her to give fake prophecies. Will she lie to the king? Should she save the Prince? The prince that is trying to get rid of her. When the evil witch prophesied to curse Cyrus appears, Violet realizes a true downfall is happening. What will she do? What will she choose? This is her perfect chance to gain control of her destiny.
Read more »
at September 21, 2022
Email ThisBlogThis!Share to TwitterShare to FacebookShare to Pinterest
Labels: 9/10, 9th grade, fantasy, high school, prophecies, royal court, teen reads, teen reviews 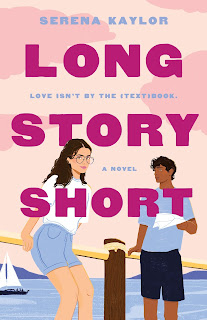 Long Story Short is Serena Kaylor's debut novel, and for a first book I think she did an exceptional job! If theater, romance and fun is your thing I would definitely check this novel out!
Beatrice Quinn has been homeschooled her whole life and never has never had any real friends. When she is accepted into Oxford, her parents aren't sure they should let her go. She's only sixteen after all, and they don't think Beatrice is ready for the socializing it will entail. Her parents decide to make Beatrice an offer: if she can spend the whole summer at the Connecticut Shakespeare Summer Academy and complete a list of tasks, Beatrice can go to Oxford. If she fails, she will have to wait at least another year.
Read more »
at August 31, 2022
Email ThisBlogThis!Share to TwitterShare to FacebookShare to Pinterest
Labels: 7/10, 9th grade, high school, homeschool, realistic fiction, romance, summer camp, teen reads, teen reviews, theater

Teen Reads - Once Upon a K-Prom 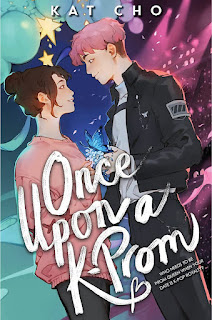 Once Upon a K-Prom by Kat Cho

Once Upon a K-Prom may very well be the best book I have ever read. It has so many ups and downs and allows the reader to feel very connected to the characters. I think this book would be a thrilling read for teens.
Once Upon a K-Prom follows Korean-American high schooler Elena Soo. Elena is someone who doesn't yet know who she really is. One of the only things Elena knows for sure is that she isn't going to prom. However, when her childhood best friend, and now number one K-pop star, comes back into her life, prom may be worth a visit. But is Robbie Choi still the same guy Elena once knew? Elena doesn't think so. She hasn’t seen Robbie in seven years and it seems like over that time he has become a different person. The two have had an ambivalent relationship so Elena doesn’t still see the same things in him that she once did. How far is Robbie willing to go to convince Elena that he is the same person she used to know and love?
Read more »
at August 19, 2022
Email ThisBlogThis!Share to TwitterShare to FacebookShare to Pinterest
Labels: 10/10, 9th grade, drama, high school, k-pop, music, prom, realistic fiction, romance, teen reads, teen reviews

Conventionally Yours by Annabeth Albert 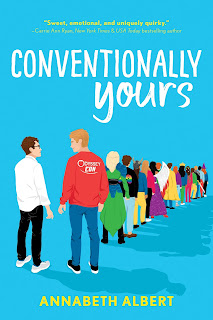 “No. I only wanted this, right here and right now, even if there was no viable strategy for keeping him beyond this trip, beyond this brief moment in time." (Alden, Conventionally Yours)

Two enemies. One con. A chance of a lifetime to win. The popular and effortless Conrad seems like his life is under control. Only it isn't. It's actually the complete opposite. He needs the money that comes from winning the Odyssey Con gaming tournament more than anything. Little does he know that in the end, something else more special than he could've ever imagined captures his heart. And that matters much more than wanting to win. Clever, stick up his butt, and guarded--Alden looks perfect from the outside but is much more than meets the eye. Both need this win, but all it takes is some forced proximity for things to get a little complicated. And a little messy too. This honestly sounds more interesting than it actually is. This book did not feel fluffy and I feel like my expectations were blown into the water and drowned. 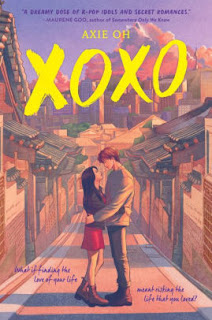 XOXO by Axie Oh is by far one of the most heartwarming novels I have ever read. While it is not filled with action, there are many memorable moments in this novel that will definitely stick with me for a long time.

XOXO follows teenager Jenny Go, an award winning Korean-American cellist from Los Angeles. Jenny avoids anyone and anything who can distract her from being her very best at the cello. This causes Uncle Jay, who isn't really Jenny's uncle but used to be close with Jenny's dad, to worry that Jenny isn't enjoying life as much as she should be. He gives Jenny the advice to "live a little.” When Jenny meets a boy named Jaewoo, she decides to take Uncle Jay's advice to heart and spend the evening with him. The two decide to break out of their shells and simply have a night of fun and adventure. They eat good food, take photos in a photo booth and exchange phone numbers before parting ways.

Teen Reads - Spin Me Right Round

Spin Me Right Round by David Valdes 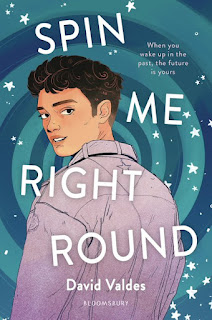 Omg, this book was a pleasant surprise!!! I love it so much, I don't know what to say!! Spin Me Right Round was probably the best coming-of-age queer book I've ever read. It was so cool to read about a religious school in the 1980s and see how far we’ve come. I had no idea how life was back then and how bad it was for queer people. In Spin Me Right Round, Luis attends a somewhat progressive high school, where there is more freedom for queer people like him than when his parents went to school there. Unfortunately, there still isn’t complete acceptance of queer people and Luis wants to change that, mostly for himself. On his way to talk to a teacher about convincing the principal to allow same sex couples at prom, (so he and his boyfriend can attend the dance), he gets knocked out with a wooden beam. Luis is brought back to his school in the 80s, where no one could be openly queer and dancing was a sin. This means that it wasn’t exactly safe for him to be gay there, and he also goes to high school with his parents. Students at his school believe that Chaz, his mom’s friend, is gay (though he never confirmed it). In present time, Chaz is dead and people think he committed suicide because of students bullying him. Luis decides that he was brought back to the past to prevent Chaz’s death and get him his first kiss. Luis just wants to get back to the future by helping Chaz and trying not to alter his present world that much. “When you wake up in the past, the future is yours.” 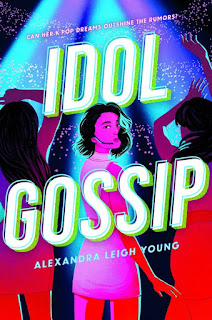 Idol Gossip by Alexandra Leigh Young is a novel that I recommend to teens. This novel has character development, an amazing storyline and never a dull moment. For me, K-pop is a huge part of my life which makes this book all the more exciting for me as it follows the K-pop world. In fact, that was the reason I decided to start reading this novel. If K-pop isn't something you're into, this novel can still be enjoyable; the novel's main focus is simply on how understanding one another can make all the difference in our daily lives.